Television actor Nia Sharma is wiping off her mid-week blues by chilling in the pool with a friend Vinay Sharma. For relaxing herself, she also takes the water massage bed in the pool and it will make you go envy. Taking to Instagram, she has shared a video chilling and taking a dip in the pool in a sexy black monokini and you can’t just take your eyes off her. Earlier, she has shared a sizzling hot picture in a sexy black monokini while chilling in the pool. With absolutely no makeup, she looks uber hot in the selfie. She also took the internet on fire in an off-shoulder pink dress teamed up with a pair of stylish earrings and pink eye makeup. With hair styled in a neat bun, she looks hot as she strikes a pose while coming out of the car. Sharing the photos, she wrote, “Pink makes things better I guess! (sic)”

She has grabbed eyeballs not only for her acting skills but also for her sartorial choices. From donning bold dresses with a twist to sporting a silver lip colour, Nia never shies away from experimenting with her looks.

Meanwhile, on the work front, she was last seen on digital web series Jamai 2.0, which was another season of television show Jamai Raja. The show had a successful run for three years. The Ishq Mein Marjawan actor came into the limelight with Ek Hazaaron Mein Meri Behna Hai and later in Jamai Raja. 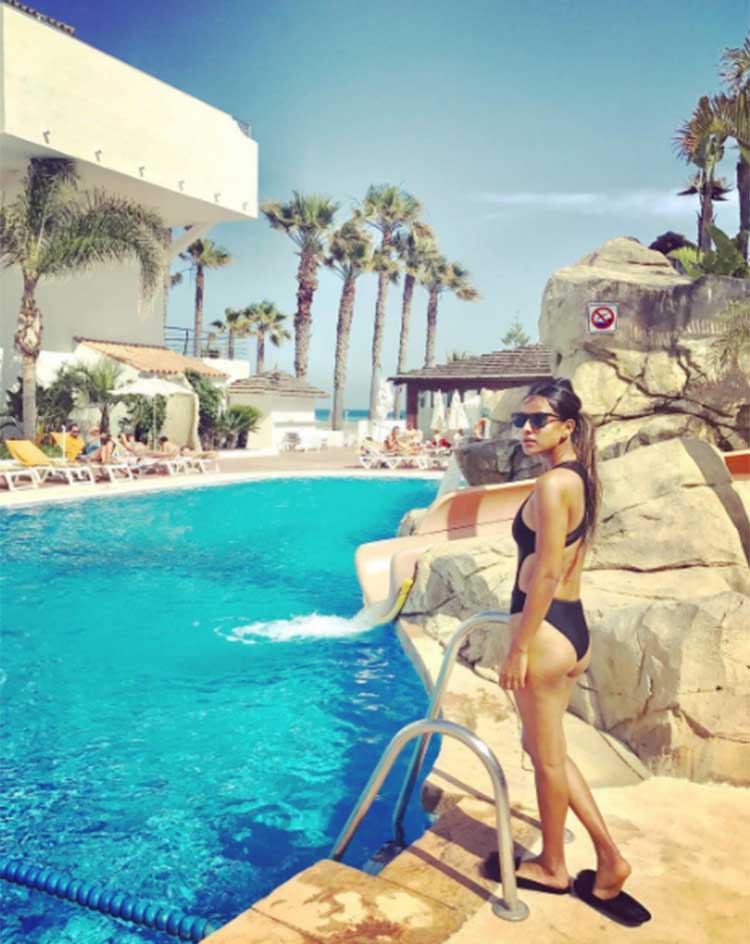