If there is one diva who goes instantly viral with every latest update on social media, it is Kick 2 star, Jacqueline Fernandez. Giving fans a reason to look forward to each day, Jacky’s posts are not only inspirational but also push one to celebrate the small things in life, king size, apart from giving us glimpses of her glam world. Breaking the Internet once again is her latest post on Instagram which features her with her “cuddle monsters” and fans can’t help swooning over the viral pictures. In the shared pictures, the Mrs Serial Killer star can be seen donning a hot white spaghetti top and black shorts as she lay cuddled on the couch, facing the balcony at Madh island, with her Persian kittens Loki and Xyza nestled in her lap. The pictures were captioned, “Goodnight my cuddle monsters #loki #xyza #marshmallow twins” (sic). Within ten minutes, the post had garnered over 2 lakh likes and is still going strong. 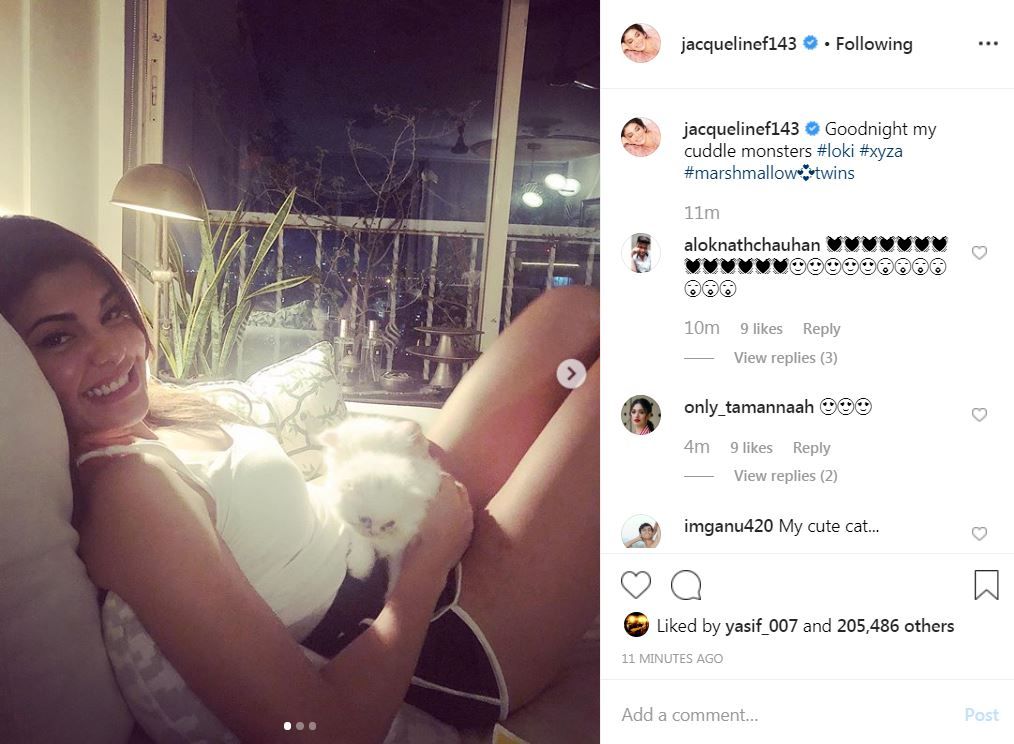 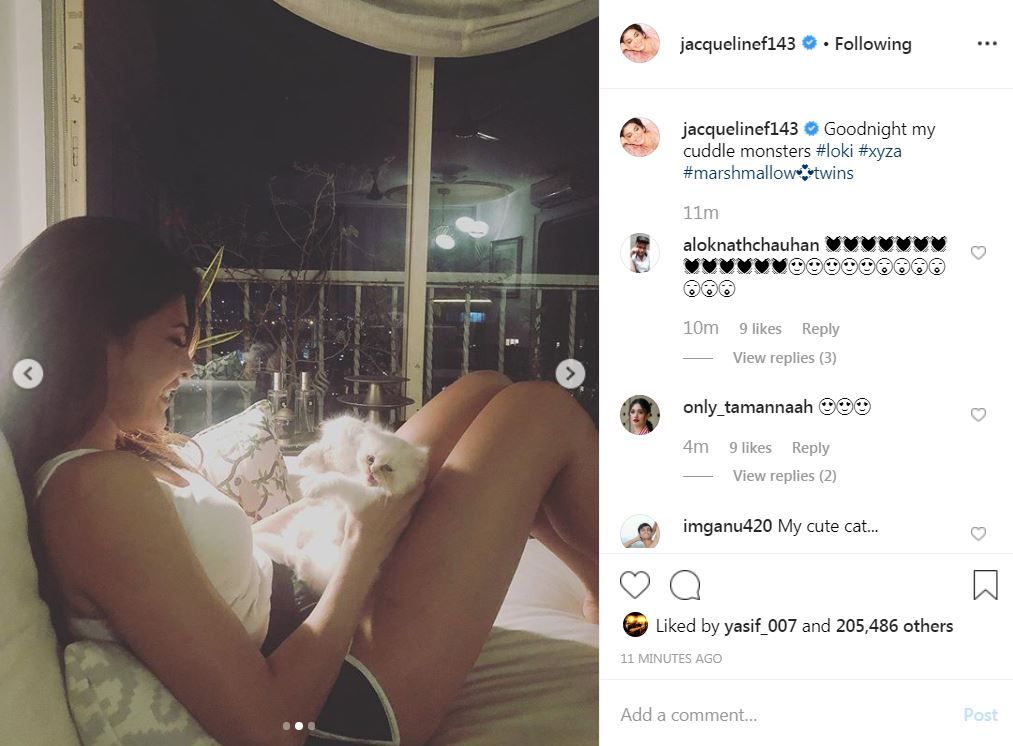 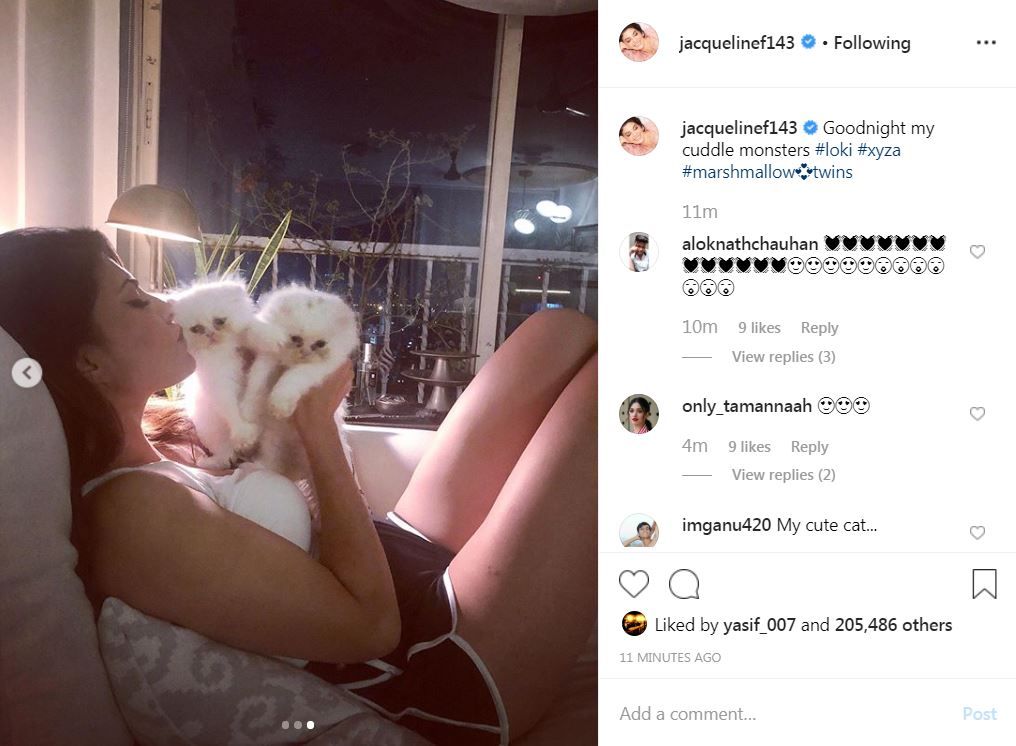 On the work front, Jacqueline Fernandez is set to make her debut in the digital space with Netflix’s upcoming thriller Mrs Serial Killer. The film is directed by Shirish Kunder and produced by his wife Farah Khan. It is slated to be released on Netflix later this year.

Rumours are also rife that actor Jacqueline Fernandez has been approached to play an important role in the upcoming Swara Bhaskar starrer, Arth, which was originally essayed by Smita Patil. However, no official confirmation on the same is out yet. Arth was the story of a woman who decides to live her life as a single mother to the daughter of her domestic help. Veteran actress Shabana Azmi played the character of the woman with a lot of ease and even bagged a National Award for her performance in the original film. The other actors in the film were Kulbhushan Kharbanda, Raj Kiran, Rohini Hattangadi, Dia Pathak, Dalip Tahil and Gulshan Grover.