Adult movie star Elena Vulitsky was at it again after her spell at the European League finals, she was there to cast her spell in the ICC Cricket World Cup 2019 final between England and New Zealand. Elena Vulitsky was once again spotted at the Lords during the summit clash where she was up to her antics once again, invading the pitch. She is the mother of YouTuber Vitaly Zdorovetskiy who owns an x-rated porn-pranking website

She was instantly taken out of the playing area by the stewards and the security officials. In the past, Elena Vulitsky, 47, was grabbed by a steward as she tried to emulate her son’s girlfriend’s success at the Champions League final. Well, it was hilarious while it happened. 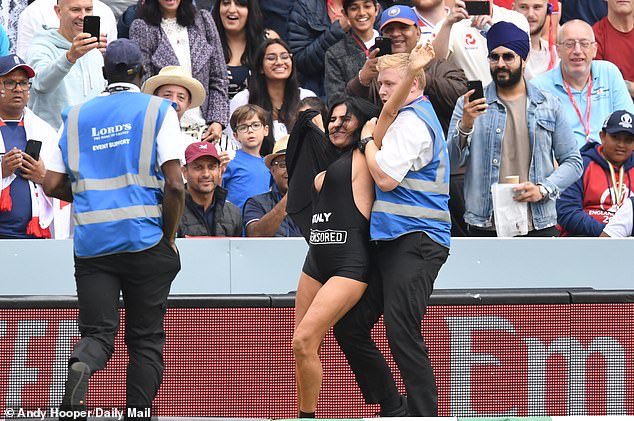 She was sporting a black leotard with the words ‘Vitaly Uncensored’ epitaphed across it. The security officials and the stewards blocked her from entering the field of play after she ran over the barrier in front of the stands and created a ruckus. 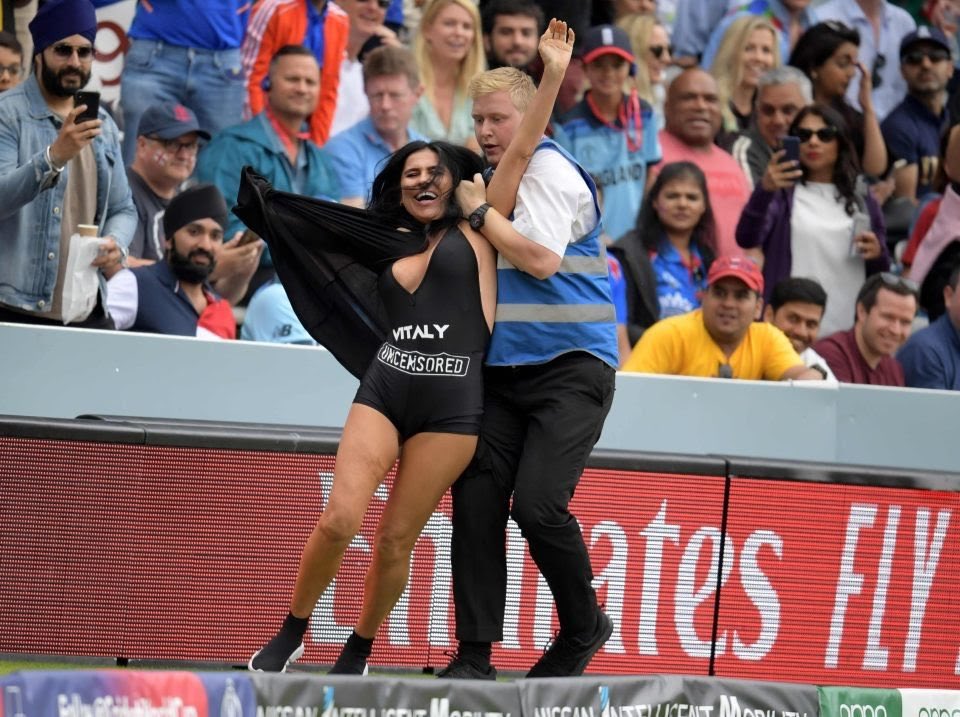