Disha Patani is at it yet again. The diva is making us go weak in the knees in a really hot avatar of hers and we can't help but look at her all wide-eyed. Scroll down to check out the pic.

Disha Patani certainly knows how to turn up the heat. The diva who first won our hearts with her cuteness in an ad film for a popular chocolate brand, made us go weak in the knees again with her stint in the hit film of 2016 MS Dhoni: The Untold Story. And, while we were tripping over her cuteness over and over again, the gorgeous lady showed us her sexier side but this time her hotness is setting our heart on fire and trust us when we say we are NOT exaggerating.

But, before you get to have a look at the pic in question, let's decode her style in this pic. So, she donned a Calvin Klein sports bra and brief while laying casually on a couch. While she was looking sexier than ever in this avatar of hers, her flat and toned mid-riff was certainly envy-worthy. The diva was wearing minimum make-up but the best part about it was her eyebrows that were well defined and were making her look sexier.

Check out the pic: 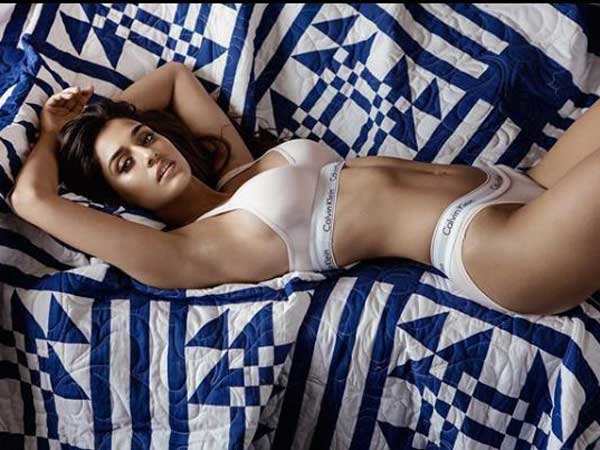 Isn't she looking just smoking hot? Disha might be new in the industry but she has already carved a niche for herself in the industry. The diva featured in one of the super hit films of this year, Baaghi 2 in which

she played the love interest of Tiger Shroff. She will next be seen in Salman Khan's Bharat.