Making a record 100th appearance for Team India in the shortest format of the game on Thursday, Indian stand-in skipper Rohit Sharma was a star-turnout for the Men In Blue as the hosts eased past Bangladesh in the second T20I at the Saurashtra Cricket Association Stadium in Rajkot. Nicknamed Hitman for his explosive batting style in white-ball cricket, Rohit led the batting onslaught for the hosts with a sublime 85 to take the penultimate clash away from the Bangla Tigers.

By virtue of Rohit's masterclass, Team India thrashed Bangladesh by eight wickets to win the second T20I and level the three-match series 1-1 in Rajkot. Winning the toss on his 100th game for India, Rohit asked Mahmudullah and Co. to have a bat first on a batting-friendly pitch in Gujarat. Cashing on the fielding errors and uninspiring pace bowling display, the visitors crossed the 50-run park without losing a wicket in the first six over of their innings. Opener Liton Das was handed not one but two lifelines by Rohit and Rishabh Pant.

Pant hogs limelight for all the wrong reasons

Yuzvendra Chahal was introduced into the attack by Rohit and in his very first over, the Indian spinner had Das beaten all ends up on his fifth delivery. Das came down the track to slog Chahal only to get beaten by the leg break, leaving  Pant a simple chance to stump the opener. Accepting the opportunity with both hands, the Indian gloveman was able to remove the bails in a flash. However, the stumping which looked child's play for Pant was termed illegal by the third umpire. Pant had gathered the ball ahead of the stumps which gave Das a lifeline along with a free-hit to pile more misery on Chahal. Das was later dropped by Rohit but Bangladesh's impressive start was seized by Chahal in the post powerplay phase of the game. Chahal's (2-28) brace of wickets in the 13th over pulled India back into the tie as Rohit and Co. managed to restrict the high flying Tigers on 153 for 6 in 20 overs.

Kickstarting the chase with fireworks, Rohit lived up to his Hitamn nickname and emerged as a nightmare for the bowlers. The 32-year-old raced down to his fifty in no time and was equally supported by Dhawan who played a perfect second fiddle to the stand-in captain. Putting India in the driving seat, Rohit failed to convert his fifty-plus score into triple-digit figures and was sent packing in the 13th over. 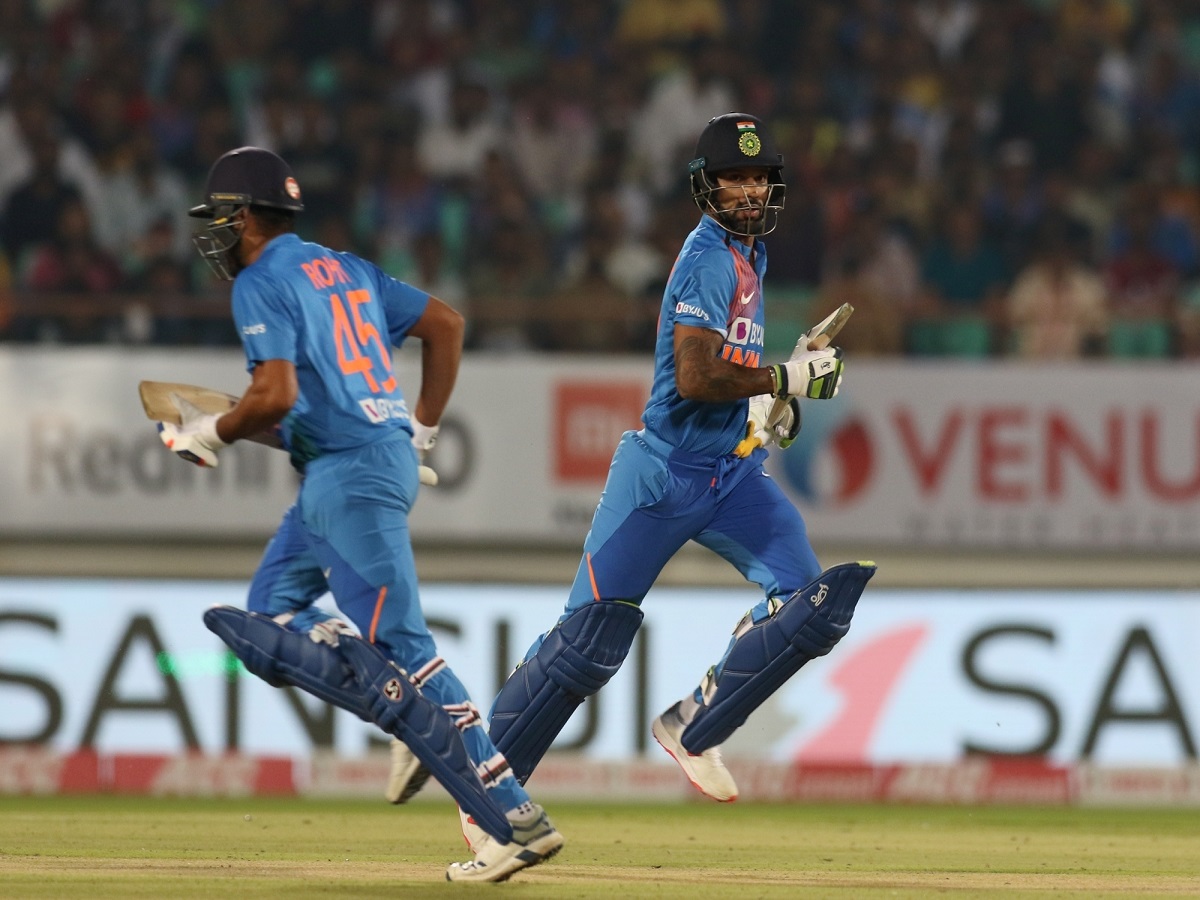 Rohit's impressive 85 off 43 balls laid the foundation of a comfortable win for India in Rajkot. With the win, India have levelled the three-match opera and will play now the series decider on Sunday against an impressive Bangladesh side in Nagpur. Rohit now has five 50 plus score against the Bangla Tigers in ten innings. Dhawan and Rohit also registered their record fourth 100 plus partnership for India, the most by any pair in the format.

Rohit's 23 ball half-century stands as his second fastest fifty in the format. The Hitman's quickest fifty came in 22 balls against the West Indies at Lauderhill. "Always know this is a good track to bat on and with dew coming in it will be difficult for the bowlers to grip the ball and we took maximum advantage of that," Rohit said after the match. "I never underestimate the opposition, particularly the bowlers... all these years I have only tried to do my best when I have the bat in my hand," he added.